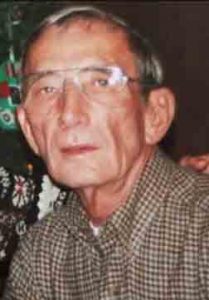 Mr. Dennis Ostendorf of Addieville, IL departed this life in the Washington County Hospital in Nashville, IL on Saturday, October 24, 2020 at 10:33 A.M. He had attained the age of 77 years, 2 months, and 4 days.

Dennis was born in Belleville, IL on August 20, 1943 the son of William H. and Emma (nee Doelling) Ostendorf. He attended Okawville High School and was a member of the Class of 1961. He was united in marriage to Janice Powers in Broadville, KY on May 1, 1964 and she preceded him in death on October 6, 2015

Mr. Ostendorf was a member of the Zion United Church of Christ in Addieville. He served in the United States Army. Dennis worked as a journeyman printer, first at Sparta Printing in Sparta, IL then at Vernwood Press in Mt. Vernon, IL until his retirement. He was an avid outdoorsman who enjoyed working in his garden, hunting, and fishing. He was a member of the Elkhorn Hunting and Fishing Club as well as previously serving as a volunteer firefighter on the Addieville Fire Department. Most of all he loved spending time with his grandchildren.

Left to mourn his passing is his two daughters, Denise Thompson and husband Tony of Okawville, IL and Sara Lebert and husband Douglas of Mascoutah, IL; six grandchildren, Alex, Alyssa and Tyson Thompson and Braden, Olivia and Nolan Lebert; a sister, LaVerne Bening of Okawville; a brother-in-law, Jon Powers and wife Shawn of Sparta; as well as nieces, nephews and a host of friends.

In addition to his wife and parents, he was preceded in death by two brothers-in-law, Norbert Bening and Lynnie Powers.

Funeral services will be held from the Campagna Funeral Home in Okawville on Thursday, October 29, 2020 at 11 A.M. with Rev. Bill Groennert officiating. Interment will be in the Zion Cemetery in Addieville.

Friends may call at the Campagna Funeral Home in Okawville on Thursday from 9 A.M. until 11 A.M.

In lieu of flowers, memorials may be made to the Zion United Church of Christ Building fund and will be accepted by the Campagna Funeral Home.