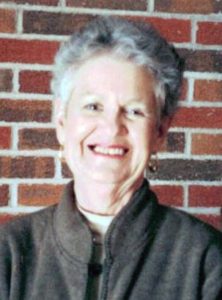 Dorothy Mae Doehring, 91, of Nashville, passed away at 2:25 p.m. on Tuesday, September 29, 2020 at Friendship Manor Health Center in Nashville.

She was born on September 2, 1929 in South Bend, Indiana, the daughter of Robert F. and Ola Mae Crowell Utley. She married D.E. “Butch” Doehring on January 4, 1949 in Madisonville, KY and he passed away on April 18, 2017. Also preceding her in death were her parents; a daughter, Pam Tomaszewski; two brothers, Marian and Charles; and two sisters, Wilma and Imogene.

Left to mourn her passing are a son, Charles A. “Tony” (Judy) Doehring of Nashville; two daughters, Karen (Edd) Williams of Louisville, IL and Patricia (K.C.) Hall of Columbus, IN; 12 grandchildren and 15 great grandchildren with two more on the way.

Dorothy was a member of Trinity Lutheran Church in Nashville where she was active in the Willing Helpers Ladies Aid. She enjoyed reading her Bible, playing bridge, spending time with her family and especially loved to laugh.