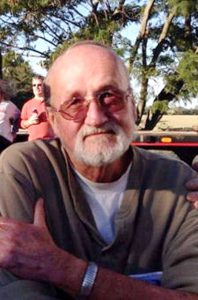 Donald Lee Holland of Okawville, IL near the Covington Bottoms, entered eternal life on Saturday, September 5, 2020 at Deaconess Gateway Hospice in Newburgh, IN. He had attained the age of 70 years, 6 months, and 2 days.

He was born on March 3, 1950 in St. Louis, MO the son of Robert and Maxine (nee Lotz) Holland. He was united in marriage to Shirley Richards on March 30, 1974 at the Zion United Church of Christ in Addieville, IL and they later divorced in 2008.

Don is survived by a son, Keith Holland and wife Amanda of Addieville, IL and their daughter, Emma Beshears; one brother, Robert Holland of Missouri; two half-brothers, Bill Shewmake of Neoga, IL and Steven Shewmake of Mattoon, IL; cousins, other relatives, many friends, as well as his former wife, Shirley Richards.

He was preceded in death by his mom and dad; his stepmother, Dolores; his grandmother, Grace Moore; a sister, Randy Holland; as well as aunts and uncles.

Don attended Normandy High School in Missouri. He served in the United States Army from 1969-1972. He would always proudly tell anybody that he served Uncle Sam for 2 years, 7 months, 1 day, and 11 hours. He graduated from basic training in Ft. Benning, GA and then served in Vietnam and Germany. In Vietnam, he served with the 4th Aviation Battalion, 4th Infantry Division at An Khe Rvn and they were known as the Ace High Gambler Guns. Don started out as a door gunner on an AH-1 Cobra Helicopter Gunship and flew a mission with his brother Robert, who was serving on a separate gunship. Then he was assigned to a firebase, assembling rockets. After that, he was assigned to Germany. While in the Army, Don was awarded the National Defense Service Medal, Vietnam Campaign Medal, Vietnam Service Medal, Air Medal, and Expert M16. He also had a cigarette lighter while in the service with the inscription: When the Power of Love Overcomes the Love of Power, Then There Will be Peace. He was a present or former member of the American Legion, American Legion Riders, VFW, Vietnam Veterans of America, Illinois POW-MIA Vigil Team, and Wild Horses MSC.

In accordance with the wishes of Don and his family, cremation was performed, and a scattering of ashes will be at the Oglala Sioux Indian Reservation in Pine Ridge, SD. A Celebration of Life will be held at a later date.

Should friends desire, memorials can be made to the Friendship Manor Nursing Home-Attn: Veterans, the Illinois Patriot Guard Riders, or the Missouri National Veterans Memorial in Perryville, MO and will be accepted by the Campagna Funeral Home.