Charles had been a welder for the Burning Star #4 Coal Mine.  He was a United States Army veteran, serving from 1959 until 1962.  He was a 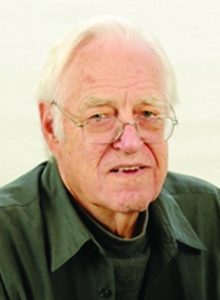 He was born February 15, 1940 at Vernon, TX, the son of Ervin Carl and Olivia Margaret (Graf) Pietsch.

He married Nancy Sue Eater on November 19, 1966 at Anaheim, CA and she survives.

He was preceded in death by his parents and grandchildren Christopher Bradley Roussel and Isaac Daniel Roussel.

Graveside services will be at 11:00 A.M., Saturday, September 5, 2020 at the Oakdale Cemetery at Oakdale, IL with Minister Ron Mazander officiating.

Friends may call from 10 A.M. until the time of service on Saturday at the cemetery.

Military graveside rites will be conducted.

Burial will be in the Oakdale Cemetery at Oakdale, IL.

Friends may make memorials to Feed The Children, Oakdale Cemetery, or the American Heart Association and will be accepted at the funeral home.

Searby Funeral Home in Du Quoin is in charge of arrangements.

For additional information or to sign the memorial guest register, please visit www.searbyfuneralhomes.com.