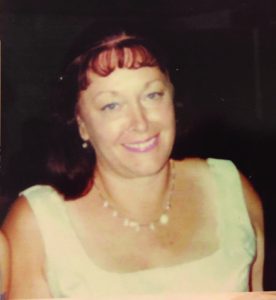 Beverly was the only daughter born into a family of three boys. As a child her dad gave her the nickname Morning Glory. This was used to cheer up Bev, who as a young girl preferred sleeping in, to rising with the sun. This name stuck and Morning Glories had special significance to Bev throughout her life.

Bev had four children of her own when she met Joe Luecking, whom she married on September 24 1999. Joe called Beverly Sweetsie, a pet name to show the love he felt for Beverly.

Bev was a homemaker for most of her life, and together with Joe, she went on to be a mother to both Justin and Andy Luecking into adulthood. She welcomed Cassie and Alicia as additions to the family when Justin and Andy married. Beverly was a loving grandmother to ten grandchildren. She especially enjoyed being a grandmother to Brantlee in recent years. Brantlee and Beverly delighted in their weekly days together and enjoyed any extra time spent together. In her final days Beverly was able to welcome baby Henry, now one month old and to even hold him before her death.

During their years together Joe and Beverly enjoyed exploring everything outdoor. Together they cultivated gardens that surround their home. Bev had a special fondness for flowers, herbs, and working in her many gardens. Bev loved cooking and had a flair for combining unique flavors that she shared with family, who looked forward to what she was serving next. She loved visiting and fishing in bodies of water, whether it be creeks, rivers or the ocean. Water is a symbol for life, healing, and even death in the custom of Beverly’s heritage.

Beverly was a skilled craftsman. She expressed her Cherokee background through drawings, jewelry and wood carving. She took great pride in sharing, displaying, and selling her art at festivals and shows. Through the years Beverly built quite a following and kinship to others who admired her work and attention to detail. Her trademark Hawk Feather and Morning Glories were often included in her carvings or other artwork.

Beverly also loved her pet dogs. Joe and Beverly bred and found homes for Chihuahua pups sharing their love of the breed. She delighted in the fawn color of their pups as one of their desired traits.

Bev leaves behind three dogs: Oakie, Z, and Chloe to keep Joe company as he grieves her loss.

She believed in the Great Creator and honored this belief by nurturing all life during her time on Earth. True to that belief Beverly was open to discussion about social injustices to Native Americans in today’s world and historical injustice as North America was settled throughout history. These causes were close to Beverly’s heart. Beverly’s three year battle with breast cancer was brave and difficult, this struggle will be not be forgotten. After their home was destroyed in a storm, Joe and Bev’s final weeks together were spent at their son, Justin’s home. Justin and his wife Cassie opened their home and hearts to make Bev’s final days as comfortable as possible, during a very difficult time.

Arrangements for a private memorial service are pending at Kalmer Memorial Services. Following Beverly’s wishes, her ashes will be scattered across the rivers that she enjoyed visiting during her life

In lieu of flowers financial contributions to Joe Luecking will be accepted to cover medical expenses for Beverly. Rest in Peace, Beverly. You will be missed.