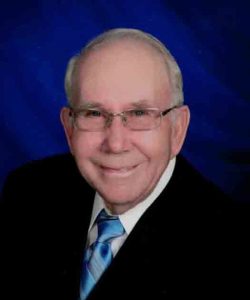 He was preceded in death by his parents; two sons, Wilmer Harre, Jr. in infancy and Bradley L. Harre; two sisters, Leona Maschhoff and Flora Maschhoff.

Mr. Harre was a veteran of the Unites States Army. He was a lifelong dairy farmer in Nashville. Wilmer was a member of Trinity Lutheran Church in Nashville where he served as an elder, was active in Fellowship Club and previously sang in the choir. He was a member of the Washington County Farm Bureau where he served on the Board of Directors. He loved to farm, travel and listen to music, especially polka music.

Friends may call from 9:00 a.m. until 11:00 a.m. on Saturday, August 22, 2020 at Trinity Lutheran Church in Nashville. A private family funeral service will follow. Burial will be in the church cemetery with military rites accorded by the American Legion Post #110. Memorial contributions may be made to Trinity Lutheran Church or Trinity-St. John Lutheran School. Styninger Funeral Home in Nashville is in charge of arrangements. Online expressions of sympathy may be made at www.styningerfuneralhomes.com or on the funeral home’s Facebook page.