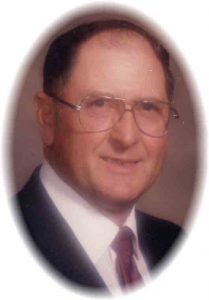 Robert was born on March 22, 1940 on the farm he lived his entire life on, a son to Bruno William “Bill” and Esther Margaretha (Sinn) Shubert. He was a proud veteran of the United States Army having served in the artillery division during the Vietnam War. On June 25, 1966, he married Phyllis Ann Jack in Grace United Methodist Church, Nashville, IL and she survives. Robert always loved his farm and working as a farmer. As a young man, he was a member of the Rural Youth and that is where he met his wife. He was a member of the Washington County Farm Bureau and a lifelong member of the NRA. Robert enjoyed trapshooting and guns. He loved watching his grandsons shoot on their trapshooting teams and spending time with his family who were his pride and joy.

A public graveside service will be held in Coulterville City Cemetery on Friday, August 14, 2020 at 11:00 a.m. with Pastor Nancy Shubert officiating. The family requests that all attendees wear a mask.

Public visitation will be at Pyatt Funeral Home, Coulterville, IL on Thursday from 5:00 p.m. until 8:00 p.m. and on Friday morning at the funeral home from 9:30 a.m. until 10:30 a.m. The family requests that all attendees wear a mask.

Due to health concerns related to the Covid-19 virus and by the executive order signed by Governor J.B. Pritzker, phase four attendance will be limited to 50 people and social distancing will be enforced.

Memorial donations may be made to St. Peters United Church of Christ in Stone Church, Coulterville Cemetery or Juvenile Diabetes Research Foundation.