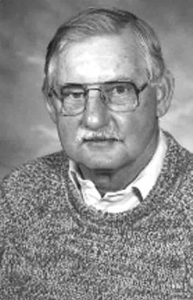 Mr. Michael K. Taylor of Nashville, IL departed this life at Washington County Hospital in Nashville on Friday July 31, 2020 at 9:48 AM. He had attained the age of 83 years and 11 days.

Mr. Taylor was born on July 20, 1937 in Chester, IL the son of Paul and Arcele (nee Depew) Paulus.  He was united in Marriage to Marilyn Swain Williamson on December 25, 1973 at the First Presbyterian Church in Nashville and she survives his passing.

Mike attended Carthage College in Carthage, IL graduating with a Bachelor’s Degree in Education.  He worked as a teacher and coach in Rossville, IL, Mt. Zion in Decatur, IL and Newman, IL.

Mike then started teaching at Nashville Community High School in 1967 and was the Head Football Coach for 11 years and he also was the assistant coach for the boys basketball and track teams. He won 60% of the football games and won 2 Conference Championships.  Mike was the 1970 Coach of the Year in Football and had 4 young men play football at Southern Illinois University. He later became Head Girls Basketball Coach for 13 years.  He won 76% of the games 251-78, was District 21 Coach of the Year 3 times and Illinois Girls Basketball Association Coach of the Year in 1990. He took 3 teams to State placing 3rd in 1989 and 2nd in 1990.

Mike was the Boys Golf Coach for 16 years winning 87% of his matches; 225-35.  He was SICA Coach of the Year in Golf 6 times and took 8 teams to State, placing 4th in 1991 and 1992.  He won Conference Championship 16 times, Regional Championship 11 times and Sectional Championship 5 times.  He also took at least one golfer to State 11 times.

He was preceded in death by his mother and father and step-father Kenneth (Kie) Taylor and sister Theodocia Ballenger.

Per the wishes of Mike and his family, cremation was performed and a graveside service will be held at the Greenwood Cemetery in Nashville, IL on Saturday, August 29, 2020 at 10 AM with Pastor Phil Carson officiating. Those wishing to attend are asked to go directly to the cemetery.

Should friends desire, memorial may be made to the Nashville High School Sports Boosters Club or The First Presbyterian Church and will be accepted by the Campagna funeral Home, who is assisting the family with the arrangements.