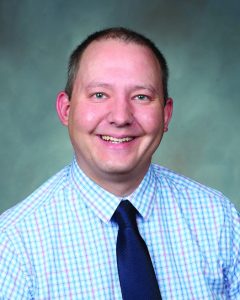 As a student, Josh Berg earned his Illinois State FFA Degree. Twenty years later, he is being honored yet again.

Berg, who serves as the adviser for the Okawville FFA Chapter, was recently awarded an Honorary State FFA Degree for his work with the local chapter.

“It’s really more of a recognition award for a career as an ag teacher,” Berg said of his honorary degree. “This is kind of a capstone for what I’ve done as an ag teacher.”

Though the Illinois State FFA Convention was cancelled due to the pandemic, Berg said this one means as much to him as the State FFA Degree he earned as a student at Altamont High School.