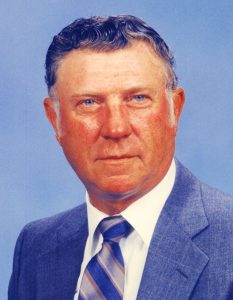 Leo Martens of Venedy, IL departed this life in the Extended Care Unit of the Washington County Hospital in Nashville, IL on Monday, June 1, 2020 at 2:16 P.M. He had attained the age of 82 years, 9 months and 20 days.

Leo was born in Venedy on August 11, 1937 the son of Adolph and Esther (nee Rabe) Martens. Mr. Martens joined the United States Army in 1960 and was stationed at Ft. Sill, OK as a surveyor with the 26th Artillery Battalion of the of the 4th Army Division. He achieved the rank of Sergeant and was recognized with a ribbon for marksmanship. Leo was honorably discharged in 1962.

Leo was a retired dairy worker, having worked nearly 40 years combined at Sealtest and Schnucks milk processing plants in St. Louis. In addition to his dairy work, Leo was a farmer in Venedy on the Martens Family Farm, partnering with his brother Paul and nephew, Jim Martens. Leo supported the Village of Venedy as a volunteer firefighter for many years. He was a member of the St. Salvator Lutheran Church in Venedy and was a former member of the Venedy Sportmen’s Club.

Due to Covid-19 health concerns, a private family service will be held at the St. Salvator Lutheran Church in Venedy. A Celebration of Life service will be announced at a later date.

Should friends desire, memorials may be made to the St. Salvator Lutheran Cemetery and will be accepted by the Campagna Funeral Home.