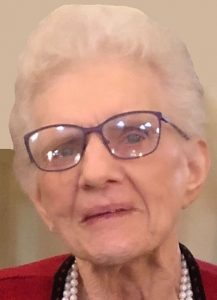 Beverly A. Gale, 82 of Lenzburg, IL died on May 27, 2020 at the New Athens Home for the Aged in New Athens, IL. She was born November 7, 1937 in Nashville, IL, the daughter of John A. and Irene J. (nee Kobus) Wisneski.  On July 4, 1957, she was united in marriage to Lawrence D. “Tuff” Gale at St. Joseph Catholic Church in Freeburg, IL and he preceded her in death on May 20, 2004. Mrs. Gale was a great cook and enjoyed canning and freezing fruits and vegetables from a large garden on the farm and processed meat from the animals raised. She also enjoyed bingo, quilting and auctions. Mrs. Gale really took pride in being with her children, grandchildren and great grandchildren. She also enjoyed listening to Polka and Waltz music played by her talented cousins.

She was a member of St. Pancratius Catholic Church in Fayetteville, IL, where she served on Altar Sodality, quilted with the church ladies and with her husband and children, ran the dining hall at the annual church picnic for many years. She had children in school for 33 years and a Mom forever. She was a wonderful and a strong woman.

She was preceded in death by her parents, a brother, John A. Wisneski Jr., a sister Betty Lee Wisneski in infancy, her father-in-law and mother-in-law, Clyde and Myrtle (nee Bryan) Gale and three brothers-in-law, Clyde L. Donald, David Gale and Albert Bergkoetter.

Memorials may be made to St. Pancratius Cemetery Fund or Vitas Hospice or New Athens Home for the Aged.  Condolences may be sent to the family by visiting mollfuneralhome.com.