Two area students who participate in athletics and excel in the classroom were named St. Louis Post Dispatch Scholar Athletes earlier this week.

Megan Cook of Okawville and Elise Spencer of Nashville were honored for lettering in at least one varsity sport, in the top 25 percent of their graduating class, and who are in good standing at their respective high schools.

Cook, the valedictorian of her class at Okawville High School, participated in softball, track and field and cross country.

She qualified for the state finals twice in cross country. During the track and field season, she was sectional runner-up in the discus as a sophomore and won the event as a junior.

Cook will attend Missouri University of Science and Technology with a goal of becoming a chemical engineer. 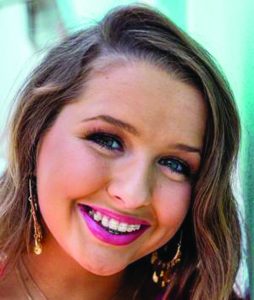 Spencer participated in both volleyball and as a member of the Stingers Dance Team.

In the classroom, Spencer is ranked 9th in her class of 105. She serves as vice president of the National Honor Society, earned the ACORN Equality Scholarship, was the Red Cross Scholarship winner, and IDTA Scholar Athlete for four years.

Her numerous athletic awards include being named Most Improved for the Hornettes volleyball team, which finished fourth at the IHSA State in 2018.

She plans to attend San Diego State University in the fall and eventually become a lawyer.