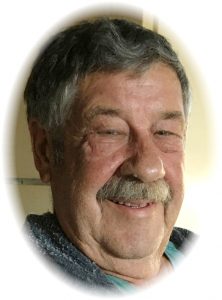 Dale was born on June 15, 1946 in Sparta, IL, a son to Orville M. and Mildred Evelyn (Wylie) Harstick. On May 23, 1975, he married Helen L. Hood and she survives. Dale had worked as a coal miner at Peabody Coal and was the co-owner of D&H Candle Shop, retiring from both after 30 years. He was of the Catholic faith and a member of the U.M.W.A. Dale enjoyed beekeeping, woodworking, raising chickens, was a master gardener and a “jack of all trades”.

He was preceded in death by his father and two brothers, Michael Harstick and James Harstick.

A video of the graveside service will be available for viewing on the Pyatt Funeral Home Facebook page.

Due to health concerns related to the Covid-19 virus and by the signing of executive order by Governor J.B. Pritzker, attendance will be limited and social distancing will be enforced.

Memorial donations may be made to the family.

Pyatt Funeral Home, Coulterville, IL has been entrusted with arrangements.