FacebookEmail
| logout
Alvin Henry Aussieker, 98, went to live with his Lord and Savior Jesus Christ. He passed on Wednesday, May 13, 2020, at 7:03 a.m. in Hoyleton at his loving daughter and son-in law, Ruth and Mike Czerwonka’s home, where he lived for over 6 years. He was born on December 20, 1921, son of Charles and Lena Aussieker. 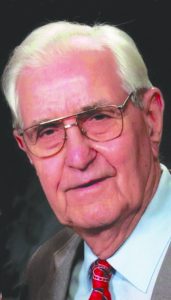 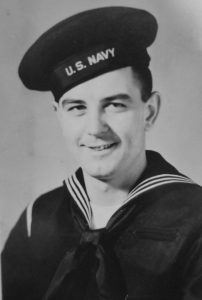 He married his loving wife, Betty J. Sanders on April 10, 1947, in Hoyleton.  Betty preceded him in death. They were married 66 years. Left to mourn his passing are his two sons, Donald (Patricia) Aussieker of Port St. Lucie, FL and Dale Aussieker of Centralia; two daughters, Jean (Tim) Ondo of West Frankfort and Ruth (Mike) Czerwonka of Hoyleton; grandchildren, Tim (Melissa) Kuhn, Cory (Fiance’ Amy) Aussieker, Gina Aussieker, Anthony (Brittany) Aussieker, Aaron (Brittany) Ondo, Kyle Ondo, Austin Czerwonka, Shelby (Alex) Czerwonka and Derek (Fiance’ Meagan); great grandchildren, Colby (Molly) Aussieker and Cait Aussieker, Hailey Kessler, Hunter and Jordan Aussieker, Carter and Caethan Czerwonka, Kiera and Kaiya Czerwonka; great, great grandchild Rylann Aussieker. Along with the love of his life, Betty, he was also preceded in death by his parents; a grandson, Adam Ondo; two brothers, Ezra and Vernon Aussieker; and two sisters, Helen Fannon and Mildred Rathmacher.
Alvin was a caring and loving husband, father and grandpa.  He was a hard working farmer and retired after a very successful career to enjoy traveling with Betty, especially with their RV to Florida to visit his son Donnie and his family. He so enjoyed spending time with family, especially playing pinochle, and he was a fierce competitor, even at the age of 98! He also loved walking around the yard with our dog, Samson and sitting outside next to the fire eating hotdogs. And going out to eat. His all time favorite place to eat was at the Dairy Queen in Nashville.  He will be very missed by all who knew and loved him, and there are many. His family and friends take comfort in knowing that Jesus Christ is his Savior, and he is now in the presence of the King. Alvin worshipped at the Lighthouse Community Church in Nashville.
A celebration of life will be held at a future date after the COVID-19 pandemic had ended. A private visitation will be held at Styninger Funeral Chapel in Hoyleton and Styninger is in charge of arrangements. In lieu of flowers, the family requests that memorial contributions may be made to Hospice. Hospice was called on March 5th and they were an answer to prayers. They continued to come and take such GREAT care of Alvin with  compassion that it was such a relief to Alvin and the family. The care that Alvin received through his final days proved that God had directed the initial call and their help was priceless!
Posted in Obituaries