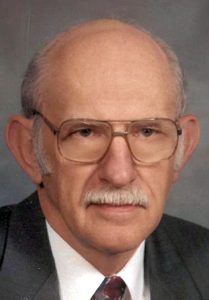 Albert was a retired business manager/former co-owner of Bergkoetter’s Chevrolet in St. Libory. He was a lifelong member of St. Liborius Catholic Church, served in the U.S Army Air Reserve and the U.S. Army. He was a member of the American Legion Post 683, St. Libory IL for 60 years, and served three terms as a Village Board member for the Village of St. Libory.

Memorials may be made to St. Liborius Catholic Church Cemetery Fund, P.O. Box 331, St. Libory, IL 62282. Condolences may be shared with the family by visiting mollfuneralhome.com.