The stars finally aligned to bring Jim Hettenhausen back to be postmaster at his hometown post office. 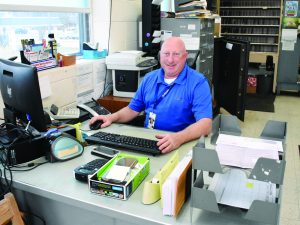 Hettenhausen took over as Okawville’s postmaster Monday following the retirement of Lesley Bauer.

“This job has been on my radar since I first went into management at the postal service,” Hettenhausen said.

His career with USPS started in 1992 when he was hired as a casual carrier in Carbondale. After a year there, he transferred to Collinsville, and soon after that he moved into the postal service career path as a clerk and carrier in Belleville.

Read the full story on how Hettenhausen’s career has come full circle in this week’s issue.