Mr. Henry L. Bergmann of Nashville, IL, departed this life at the Washington County Hospital in Nashville, IL on Saturday, December 7, 2019 at 8:03 AM. He had attained the age of 85 years, 9 months and 26 days.

Henry was born on February 11, 1934 at Plum Hill Township, IL the son of Herman and Helena (Engelmann) Bergmann, Sr. He was united i 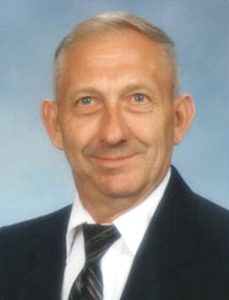 Henry served with the United States Marines. He was a self-employed painting contractor and a member of the First Assembly of God Church in Carlyle, IL where he was a founding member. Henry was a member of the American Legion Post 110 in Nashville. Henry enjoyed spending time with his grandchildren.

He was preceded in death by his parents, wife, grandson, Nathan Bergmann and four brothers, Arnold, Leroy, Herman and Norman Bergmann.

Funeral services will be held at the Campagna Funeral Home in Nashville, IL on Wednesday, December 11, 2019 at 10 AM with Rev. Roger Findley officiating. Interment will follow in the St. Paul Cemetery in Nashville, IL. Military graveside rites will be accorded by the American Legion Post 110.

Friends may call at the Campagna Funeral Home on Tuesday from 5 PM until 8 PM and on Wednesday from 7:30 AM until the service hour.

Should friends desire, memorials may be made to the American Legion Post 110 and will be accepted by the Campagna Funeral Home.