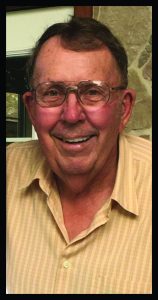 Glen was born in DuBois, IL the son of Lee and Lillian Bowers.  He was united in marriage to Sharon Bowers on January 8, 1961 and she preceded him in death.  He later was united to Dianna Bowers in 2011 and she survives his passing.

Glen attended the Chapel Hill Elementary School and the Nashville Community High School, graduating class of 1953.  He then attended Southern Illinois University, majoring in General Agriculture and Education, graduating in June of 1957.  He also received his United States Air Force (USAF) Commission as a 2nd Lt. through USAF-ROTC.  Glen wore many hats-earning his living as a laborer, filling station attendant, truck driver, public school teacher, Walmart retail clerk, museum management staff, farmer, rancher, and of course a professional USAF Officer.  As an USAF Officer he served in many countries including Canada, Spain, Switzerland, Germany, Turkey, Panama Canal Zone, Viet Nam, Philippines, and lived in Iran, accompanied by Family.  He retired his regular commission as a Lieutenant Colonel in 1984.  Glen was a Christian and attended Baptist churches all over the world and also taught Sunday school classes for many years.  His hobbies included, restoring old autos, antique farm tractors and antique furniture.  He was active in community service organizations such as a director and a state officer in the Washington County Farm Bureau, director and officer of the Washington County Soil and Water Conservation District, board member of the Casner Township Board and he belonged to many USAF and other professional military organizations. Glen never met a stranger and if he did, they were not strangers for long.

He was preceded in death by his parents, first wife, Sharon Bowers, a daughter in infancy, Glenda Bowers and his brother, Alan R. Bowers.

Friends may call at the Campagna Funeral Home in Nashville, IL on Wednesday, November 27, 2019 from 4 PM until 7 PM.  Per Glen’s wishes cremation will be performed after the visitation.

Celebration of Life Service will be held at the Campagna Funeral Home in Nashville, IL on Saturday November 30, 2019 at 10 AM with Pastor Jerry Glass officiating.  Interment of Ashes will follow in the Masonic Cemetery in Nashville, IL. Military graveside rites will be accorded by the United States Air Force Honor Guard. There will be visitation hours at the funeral home on Saturday from 9 AM until the service hour.

Should friends desire, memorials can be made to the Angels’ Cove, Carmi Baptist Children’s Home, Nashville First Baptist Church, or the Wounded Warriors Project and will be accepted by the Campagna Funeral Home. 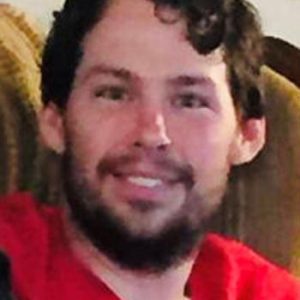