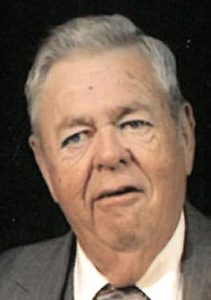 He was a retired, former owner of Heberer Equipment Company of Mascoutah and Gateway Bobcat. Bob was a graduate of the University of Illinois and a U. S. Army veteran.  He was a member of St. John United Church of Christ, Mascoutah, St. Libory American Legion, past governor of District 1-CN and 60 year member of Lions International, past president of St. John UCC council, past president of Illinois Farm Equipment Association, past president of Lincoln Landers Chapter of FMCA (Family Motor Coach Association), in 1981 he founded the Gateway Farm Club and managed the Gateway Farm Toy Show in St. Louis for 20 years, in 1995 he was the sixth inductee in the National Farm Toy Hall of Fame, and a member of Turkey Hill Grange since 1948.

He is preceded in death by his parents, Henry C. and Lillian F., nee Wittlich, Heberer, a son, Robert “Rob” Heberer II, a son-in-law, Dennis Graul and a sister, Joni Reilly.

Memorials may be made to Lions of Illinois Foundation, 2254 Oakland Dr, Sycamore, IL 60178 or NFED (National Foundation for Ectodermal Dyplasias), 6 Executive Dr Ste. 2, Fairview Heights, IL 62208. Condolences may be sent to the family by visiting mollfuneralhome.com.

FUNERAL: A funeral service will be held 10:30 AM Wednesday, Nov. 13, 2019 at St. John United of Church of Christ with the Rev. Hugh Fitz officiating.  Burial will be at a later date.