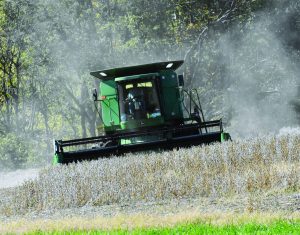 The fall harvest for farmers across Illinois is behind schedule, though favorable weather early last week allowed for a lot of time in area fields.

According to reports released earlier this week from the USDA, the corn harvested for grain was 54 percent complete, well behind the normal pace.

Last year at this time, the corn harvest was 88 percent complete, and the five-year average rate is 80 percent on this date.

Read the full article including how grain prices compare, in this week’s issue.