It takes a whole village to put on an event like the Okawville Fair and Wheat Festival, and no one knows that better than Gary Schuetz. That is why he was surprised when he was named as the Fair Parade Marshal.

Schuetz says that he has been volunteering at the event for long enough to know that one person can not do everything that needs to be done to make the event successful.

“There’s no way that we could put this on without the efforts of the whole community,” Schuetz said. “The people of Okawville have always showed up to help, and it takes a lot of good people doing that.”

As a longtime member of the Lions Club, as well as volunteering for the Okawville Community Club, Schuetz has learned that volunteers and overall community involvement is the key to putting the event on. Knowing that fact is part of why he was surprised to be named as Parade Marshal.

Read the full story, plus all the details on the annual Wheat Festival in this week’s issue. You can also find all Fair information on their website www.okawvillewheatfestival.com 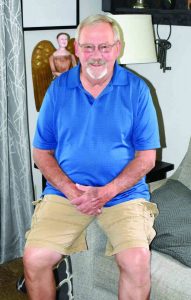