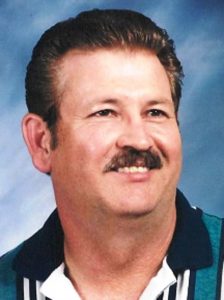 Mr. Ray Campbell of Okawville, IL departed this life in the St. Louis University Hospital in St. Louis, MO on Wednesday, July 10, 2019 at 2:49 P.M. following a sudden illness. He had attained the age of 69 years, 4 months and 27 days.

James Ray Campbell was born in New Bern, TN on February 14, 1950 the son of Raymond H. and Mildred (nee Isbell) Campbell. He was united in marriage to Julia Oakley in the O’Fallon, IL Assembly of God Church on May 17, 1969 and she survives his passing.

Ray owned and operated Campbell’s Tree Service in Okawville for over 30 years. He was a member of the Lighthouse of Hope Church in Okawville. Ray was an avid bowler and bowled in various leagues around the Okawville area. He enjoyed cutting grass and working on his cars but he especially loved spending time with his family.

He was preceded in death by his parents; three brothers, Jerry, Billy and Raymond Jr.; and a sister in infancy, Judith Ann.

Funeral services will be held from the Campagna Funeral Home in Okawville on Tuesday, July 16, 2019 at 3:00 P.M. with Ron Porter officiating. Interment will be in the I.O.O.F. Cemetery in Okawville.

Friends may call at the Campagna Funeral Home in Okawville on Tuesday from 1:00 P.M. until the service hour.

In lieu of flowers, memorials may be made to the Lighthouse of Hope Church and will be accepted by the Campagna Funeral Home.