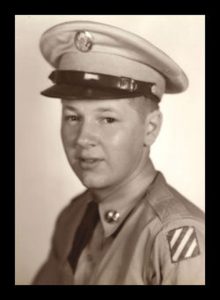 Mr. Towell was born on October 3, 1930 in Washington County, IL the son of Earl and Minnie (Schneiderwin) Towell.  He was united in marriage to Marion Povolish on August 28, 1987 in Henderson, KY and she preceded him in death on January 8, 2008.

Charles served with the United States Army and he worked as an inspector for General Motors in St. Louis, MO for many years.  He was a member of the American Legion Post 110, Veterans of Foreign Wars and the Nashville Moose Lodge.  Charles loved fishing, shooting clay birds, hunting and spending time outdoors.

He was preceded in death by his parents, wife, daughter, Sandra Brooks and son Michael Povolish.

Funeral services will be held at the Campagna Funeral Home in Nashville, IL on Friday, June 28, 2019 at 10 AM with Pastor Beverly Kahle officiating.  Interment will follow in the St. Paul Cemetery in Nashville, IL.  Military graveside rites will be accorded by the American Legion Post 110.

Friends may call at the Campagna Funeral Home in Nashville on Thursday from 5 PM until 8 PM and on Friday from 8 AM until the service hour.

Should friends desire, memorials may be made to the American Legion Post 110 and will be accepted by the Campagna Funeral Home.