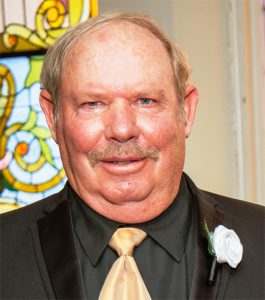 William was born in Belleville, IL on August 27, 1953 the son of Walter and Marian (nee Barkau) Brockmeier. He was baptized and confirmed in the Immanuel Lutheran Church in Okawville. Bill was a 1971 graduate of Okawville High School. He was united in marriage to Judy Friederich in the Immanuel Lutheran Church on March 27, 1977 and she preceded him in death on July 12, 2006. He then married Brenda Belstle in the St. Paul United Church of Christ (White Church) in rural Okawville on June 4, 2011 and she survives his passing.

Mr. Brockmeier previously worked as a dairy farmer and equipment salesman. Most recently, he co-owned and operated Brockmeier Construction with his son, Brandon. Bill was a lifelong member of the Immanuel Lutheran Church in Okawville and was a previous member of the Okawville Jaycees. He loved spending time with his family, and especially his grandchildren. He also enjoyed traveling.

In addition to his first wife and parents, he was preceded in death by a sister, Catherine in infancy.

In accordance with the wishes of Bill and his family, cremation was performed.

Memorial services will be held from the Immanuel Lutheran Church in Okawville on Monday, June 3, 2019 at 10 A.M. with Pastor Eric Wood officiating. Interment of ashes will be in the church cemetery.

Friends may call at the Campagna Funeral Home in Okawville on Sunday from 4 P.M. until 8 P.M., then at the church on Monday from 9 A.M. until the service hour.