A lot has changed in the two decades Ron Recker served as a member of the West Washington County Unit District School Board, so his retirement from the board will mark the end of an era for the district.

When Recker was fir 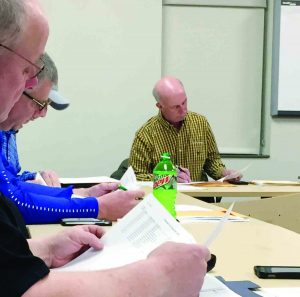 st elected, Bill Clinton was president and a stamp cost 33 cents. Now, he has presided over his last full school board meeting.

Recker was first elected in 1999, but he said he had been interested in serving for a couple of years before that.

“Another board member had talked to me about running for the board after he left, but at the time, there were already three board members from the same township as me,” he recalled. “So two years later, another position came open and I decided to run.”

At the start, Recker was not sure how long he would serve on the board. “I had kids who weren’t terribly old at the time, but I didn’t know I’d still be on the board long enough to see them all graduate,” he said.