Now that warmer weather is here, the streets of Okawville will be filled with even more residents out walking, running, or jogging. 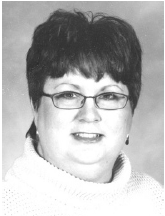 A new trend imported from Sweden, encourages walkers and runners to do good for the environment–while they are exercising.

Called plogging, this exercise is spreading around the world, including the US.

Plogging is a mash-up of the word, jogging, and the Swedish word, “plocka upp”—meaning pick up. The idea is that walkers and joggers pick up any trash they see on the trail or street while they are exercising.

It started as an organized activity in Sweden in 2016 and spread to other counties in 2018 after increased interest in pollution caused by plastics.

People have even formed plogging groups in Scandinavia, Germany and other countries.

People were just tired of seeing litter on their routes. Some carry plastic gloves and trash bags to be prepared to pick up cigarette butts, take out containers, plastic bottles, cups and other trash.

Picking up trash adds a little more exercise to your walk or run.

According to a Swedish-based fitness app, a half-hour of jogging along with picking up trash will burn 288 calories for the average person, compared with the 235 burned just by jogging. The app also has a specific fitness category for plogging.

Picking up trash adds different body movements like bending, squatting and stretching combined with walking, jogging and even hiking, you get an extra work out bang for your buck.

Ploggers report that they have lost weight and have improved their balance and flexibility after adding trash pick up to their walking or jogging routine.

Groups of friends and gyms have hosted plogging events; some are called “trash runs,” for people to pick up litter and enjoy each other’s company.

Social media also has a hashtag, #plogging, for those who want to post selfies or other pictures while plogging.

A national beautification program, Keep American Beautiful, is even encouraging plogging in the United States.

A group in Tennessee has a” Trashercize” program and there are plogging groups in New York City and in Indianapolis. Some are attached to larger clean up projects or events.

So the next time you are out walking or jogging, pick up some trash. You’ll be healthier and you will help keep Okawville beautiful.