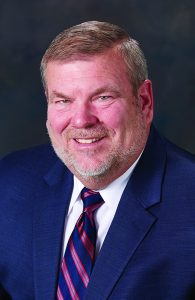 According to Rep. Charlie Meier, “I am honored to serve as the ranking Republican on three House committees as well as serve on a total of six committees which are important to southern Illinois. Serving as the GOP spokesperson on three committees gives me the opportunity to lead on issues concerning agriculture, economic opportunity and mental health.”

Read the full article in this week’s issue, out Wednesday, March 6.

Family Has Miracle On Their CF Journey

ILS Teacher on the Way to Visiting All 50 State Capitals

County Board Hires Consultant As Administrator For COVID Funds