Ronald R. Kinzel of Okawville, IL departed this life at his residence on Friday, February 8, 2019 at 4:28 P.M. after a year-long battle with pancreatic cancer. He had attained the age of 77 years, 6 months and 4 days. 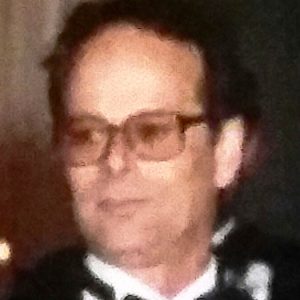 Ronald was born in St. Louis on August 4, 1941 the son of Alvin and Thelma (nee Pointer) Kinzel. He was united in marriage to Patricia Toler at the Berea Lutheran Church in Riverview Gardens, MO on October 28, 1961 and she survives his passing.

Mr. Kinzel worked as a steel fabricator. He owned and operated Kinzel Fabrication from 1983 to the time of his passing. He loved his “little blacksmith shop” and was proud to comment that he had steel in 27 states, as well as on the Atlas Rocket. Ron was a member of the St. Salvator Lutheran Church in Venedy, IL and had served in the United States Army Reserves. He was well-known for his child-like curiosity and mischievous streak. Ron enjoyed spending time with his children, grandchildren and great grandchildren, working in his shop, listening to country music and gazing at the lake on his property.

Ron was preceded in death by his parents, Alvin and Thelma (nee Pointer) Kinzel; his father-in-law and mother-in-law, Glenn and Emma Toler; and a son-in-law, Robert Roush.

Funeral services will be held from the St. Salvator Lutheran Church in Venedy, IL on Tuesday, February 12, 2019 at 11 A.M. with Pastor Art Eichhorn officiating. Interment will be in the church cemetery with military graveside rites accorded by American Legion Post 233 of Okawville.

In lieu of flowers, memorials may be made to the St. Salvator Lutheran Church or to the Okawville High School Music Boosters and will be accepted by the Campagna Funeral Home.

On line expressions of sympathy may be made at www.campagnafuneralhomes.com