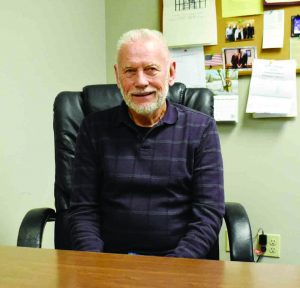 When Wayland Jasper was first appointed to be the village clerk in Okawville, Raiders of the Lost Ark was the biggest movie in the country and Dallas was the most popular show on television. Thirty-seven years later, he is finally retiring.

Jasper tendered his resignation as village clerk during last month’s meeting of the Okawville Village Board, putting the bow on a term that began in 1981.
“I never thought I would be doing it so long, but I’ve always tried to serve the community however I could,” Jasper said.

IL 160 in Okawville to be Temporarily Closed