It took the support of the entire community for the Nashville High School band to play at the Sugar Bowl, but that support led to a storybook result. 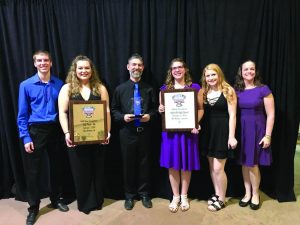 Band director Steve Browne and his musicians and color guard finished second in the large school competition, despite facing schools many times larger than Nashville.

“We watched the movie “Rudy” on the bus on the way down, and turned out to be the theme of the trip,” Browne said, referring to the movie about an undersized player at Notre Dame defying the odds to play football in college.

Despite having an enrollment just a third the size of the next smallest school competing, Nashville finished second in the competition, which is based on the number of members of the band and not school size.