Mr. John Crouch of rural Nashville, IL departed this life in the extended care unit of the Washington County Hospital in Nashville on Wednesday, January 2, 2019 at 8:29 A.M. He had attained the age of 78 years, 11 months and 24 days. 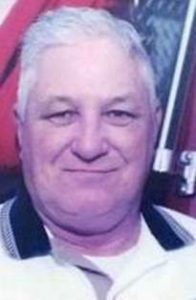 John was born in East Carondelet, IL on January 9, 1940 the son of Charles and Elizabeth (nee Wetzel) Crouch. He was united in marriage to Barbara Dixon in Dupo, IL on December 24, 1961 and she survives his passing.

John served in the United States Air Force and served from February of 1959 until his retirement from the service on February 28, 1979, having attained the rank of Tech Sgt. Mr. Crouch was a member of Air Force Sergeants Association and the Air Commando Association. He was also a member of the American Legion Post 233 in Okawville and a life member of VFW Post 5596 in Okawville. John served as Chief of the Addieville Fire Department until his retirement and was instrumental in the founding of the First Responders program for Washington County. He also volunteered as a Scoutmaster for the Boy Scouts program in Okawville.

Left to mourn his passing is his wife of 57 years, Barbara Crouch of rural Nashville; two sons, John Crouch II and wife Robin of Covington, IL and William Crouch and wife Melanie of Cabot, AR; two granddaughters, Kayla Crouch and Jenna Crouch; two sisters, Mary Meyer of Branson, MO and Alice Schilling of Phoenix, AZ; numerous nieces and nephews as well as a host of friends.

In addition to his parents, he was preceded in death by five brothers, Charles, James, Elmer, Walter and Frank Crouch; and one sister, Virginia Stocker.

Funeral services will be held from the Campagna Funeral Home in Okawville on Tuesday, January 8, 2019 at 11 A.M. with Joe Carter officiating. Interment with full military honors will be in the Jefferson Barracks National Cemetery in St. Louis.

Friends may call at the Campagna Funeral Home in Okawville on Monday from 5 P.M. until 8 P.M. and again on Tuesday from 8 A.M. until the service hour.

In lieu of flowers, memorials may be made to the Addieville Fire Department or to American Legion Post 233 in Okawville and will be accepted by the Campagna Funeral Home.